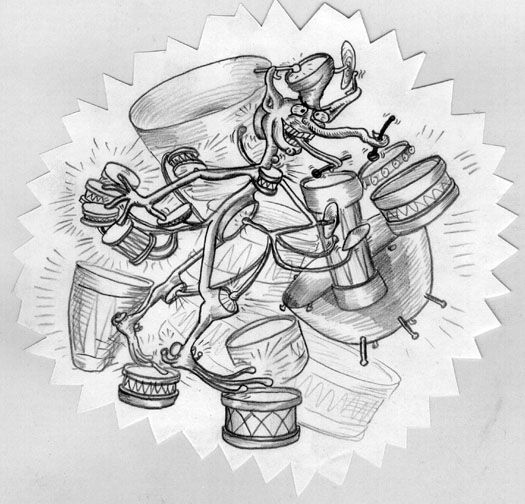 As with some of the other titles in this gallery of early items, this is one that might not even have occurred to me when the drawing was done, as I suspect I did not know the word for the drum section of an orchestra until somewhat later. I could be wrong about that. Beyond that, I don't know what to say about this illustration save that it might have been inspired by some Disney or Warner Bros., or Fleischer Bros., cartoon depicting an octopus going to town with all eight legs in an orchestra or band.