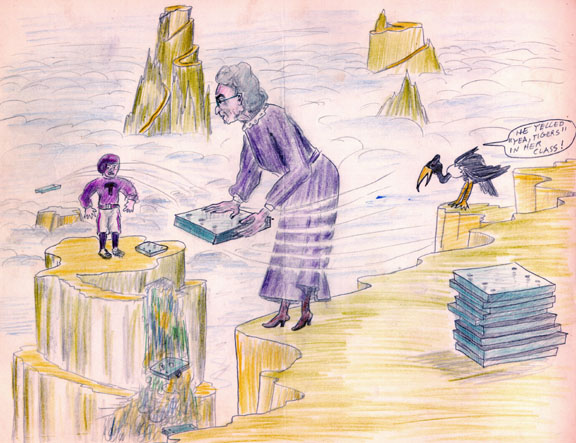 In my first year of high school at A&M Consolidated, in College Station, Texas, we had a teacher that was so tough she'd give us detention for dropping a pencil in class. All of us were terrified of her (well, I say all; I think there were some better students that saw her kinder side, though it never seemed to be in evidence in class). Yet Mrs. Sorensen was the only teacher I wrote to after we moved away from Texas--and I received a very nice, very sweet letter in return. But before that, this was the kind of image I had of her---and the illustration is not too far from her actual appearance; she really dressed that way in 1950-51.