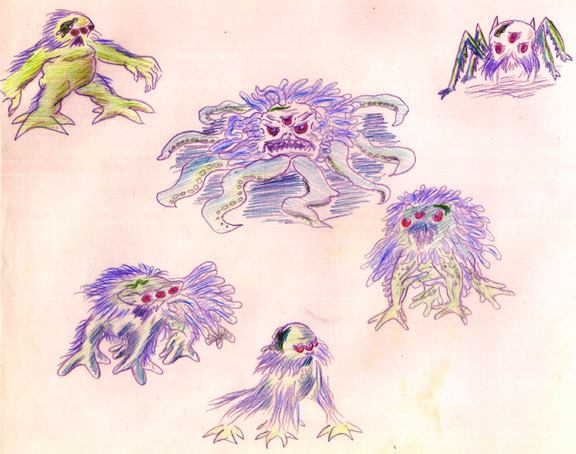 I'm not quite sure if this is based on John Campbell's story, Who Goes There?, which the movie The Thing (or The Thing From Another World) which was released in 1951, was (loosely) based on. (See another item in this gallery under Who Goes There?) John Carpenter did a much more faithful cinematic version in 1982. I have the idea, without actually re-reading the original story within the last 30-40 years, that the three red eyes were an element that signified something about that alien, but on the other hand the fact that the people in that story had such trouble telling if the alien was among them suggests not, and I may have been thinking of another story entirely.