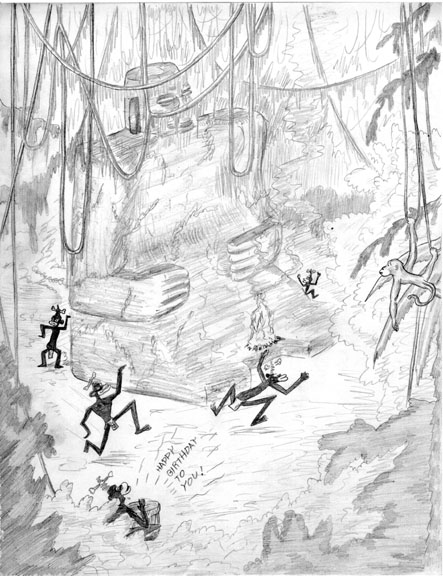 I admit to some hesitation in including this illustration, which certainly reflects a politically incorrect attitude from today's viewpoint, with its old-style stereotypical renditions of the black denizens of some lost jungle land. I still think it's funny within its own context, in a way that would be less so in another setting. I'll pull this if it's sincerely objected to; I have no wish to have anyone feel that I'm promoting a racist attitude. (Quite frankly, I feel like I'm perceiving a return of a lot of that in today's media, where the laughter is less "with" than "at" some ethnic types or sterotypes; and I don't think I'm just indulging in liberal fantasies when I say that. I'd appreciate any dialog on this; see my home page for contacting me.)